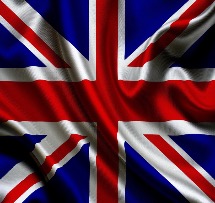 • The language is dominated by analytical forms of expression of grammatical meaning. The word order in a sentence is mostly strict. Refers to the analytical type of languages. In vocabulary, about 70% of words are borrowed. Writing based on the Latin alphabet has existed since the 7th century (in the early Middle Ages additional letters were used, but they are no longer in use). In spelling a significant place is occupied by traditional spellings.

• The English alphabet contains 26 letters. The transfer of English-language names and titles in the Russian text is determined by a rather complex system of rules, compromises between phonetic and spelling systems. Many names, however, are transmitted according to tradition, archaically, in partial or complete contradiction to these rules.

• Spelling English is considered one of the most difficult to learn among Indo-European. Reflecting comparatively correctly the English language of the Renaissance, it is completely inconsistent with the modern spoken language of the British, Americans, Australians and other native speakers. A large number of words in writing include letters that are not pronounced during reading, and, conversely, many pronounced sounds have no graphic equivalents. The so-called “reading rules” are limited by such a high percentage of exceptions that they lose all practical meaning. The student has to study the spelling or reading of each new word, in connection with which it is customary to indicate the transcription of each word in the dictionaries.

• Almost 400 million people consider English to be their native language, and as a second language, more than 1 billion people speak it. However, English is only the third most prevalent in the world after Chinese and Spanish.

• The oldest words from the English language are almost 14,000 years old and they come from the Nostratic languages of the Indo-European family. Such words include the words apple (apal), bad (bad), gold (gold).

• In English, the names of all continents end with the same letter with which they begin.